Picking up in Pakistan 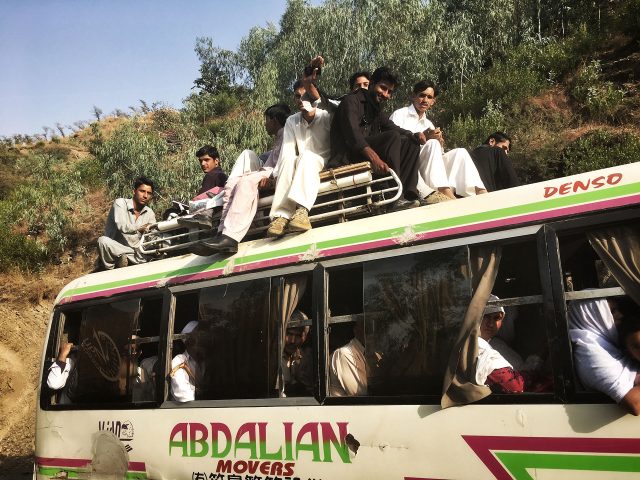 With the decision to fly over Iran, then pick up the journey from Pakistan. At the Airport I met with confused looks from the check-in staff. Which also confused me in return, but later I found out what was actually going on.

With no exaggeration I am the only white person on the flight. After checking in, I proceed through security where the guy who is about to check my boarding pass exclaims “there he is!”. Confused I ask “what are you on about?” He explains that all the staff dealing with the flight saw some white guy in line to check in for the flight to Pakistan. He explains that he thought I was just standing in the wrong line. But as it turns out, yes I am flying to Pakistan. One of the other staff members walks over to join the conversation. Later on as I’m waiting to board more staff pass by and mockingly mention “enjoy that trip won’t you”.

I realise that this is meant as no more than friendly banter, so I take it as such and join in with a laugh. There are some implications to that comment though. The fact that British and Pakistan Nationals are mocking my willingness to travel through Pakistan. What does this say about people’s perceptions of the country? Does it mean there is some prejudice going on? is it justified? Well it turns out that no, it is not justified, nor substantiated. Pakistan is roughly three and half times the size of the UK and I’m sure if I wanted to find the trouble, I could, but I’d definitely have to work hard to seek it out.

A friend I met earlier in Turkey, who is a travel agent based in Karachi. Helped me out in finding a place to stay, and getting hold of a bike to ride. Within hours of arriving a Kawasaki KLX 250 is dropped off at the hotel I’m staying in. A good solid bike that is well looked after, a far cry from what the imagination would have cooked up if allowed. 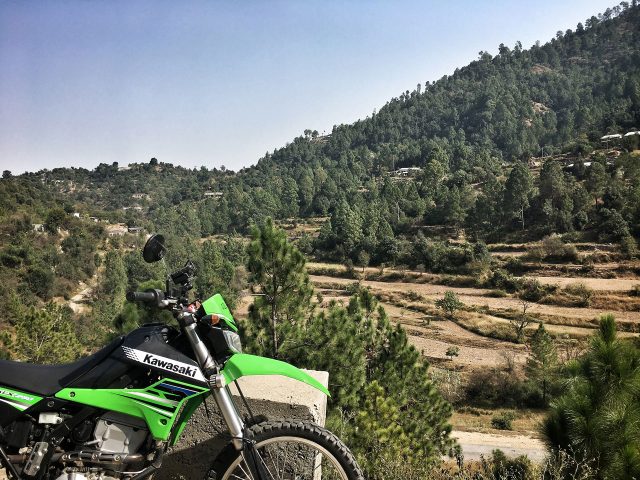 So I set off pretty much immediately to check out the surrounding area of Islamabad. First stop Faisal Mosque, the Largest mosque in Pakistan. Which was completed in 1986 and designed by Turkish architect Vedat Dalokay. It’s shaped like a desert Bedouin’s tent, and is an iconic symbol of Islamabad. Faisal mosque is at the northernmost end of the city at the foot of the Margalla Hills. Which are the westernmost foothills of the Himalayas. 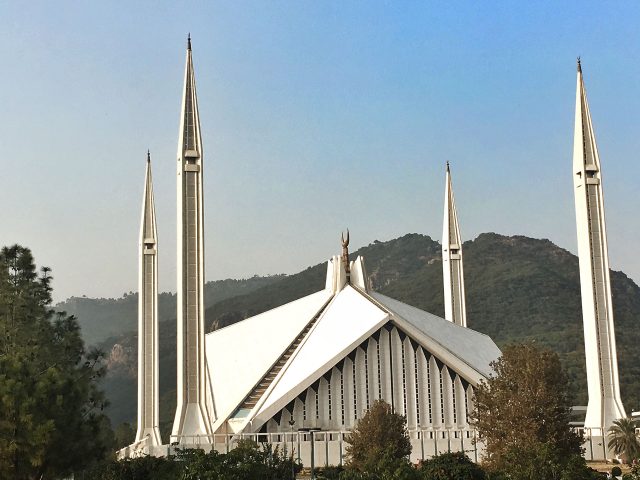 Arriving at Faisal mosque I find a quiet spot to take a couple of pictures. Which happens to be about 10 meters away from a Navy Police pickup truck. Which is sat guarding the western corner of the area. The truck contains 4 men and a heavy machine gun mounted on the back. While they are all staring at me, I smile, wave and say hello. They all wave, smile back, then get out of the jeep, walk over, shake hands, and say hello properly. 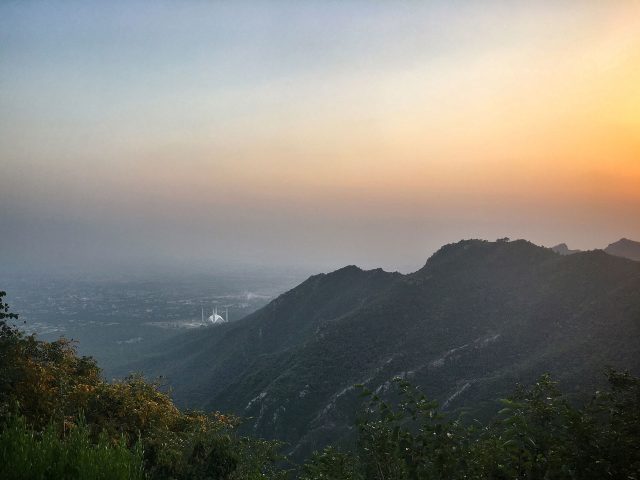 This brief interaction resulted in being invited for tea. They ask me to follow their jeep and I’m escorted to their tent canteen for a cup of tea and a chat. We talk about how long they’ve been serving, their children, and where they’ve been. I’m asked about my journey and share some stories. I’m asked about my perceptions of Pakistan prior to arriving here. Something that I keep being asked here. After we finish our tea, we say goodbye and I’m wished a safe journey.

I continue up the Margalla hills to a view point called Pir Sohawa. Which is 17Km from Islamabad and at around 1000m of altitude. On my way up I stop to snap a few photos, and as soon as I do people are stopping to snap photos of me. A few people come to say hello each time too, some of which invite me for a drink or some food. I agree to an invitation from a couple of local lads to meet at the top of Pir Sohawa for a drink. Which obviously in a muslim country means no alcohol, but that’s good for now as I’m riding and prefer to keep my wits about me.

Something is happening all of the time and is starting to feel a little uncomfortable. Everywhere I go people are staring at me. I have already been to a couple places where I am the only white guy and people stare (Lesotho, Burma). However the stares I’m receiving here are very different. It’s only later on that I find out why. In plenty of conversations, once the small talk is out of the way, I am almost always asked the following question. “what was your perception of Pakistan before you came here, and what is it now?”. It seems that the people of Pakistan are extremely conscious of how the world’s media portray the country as a dangerous hive of terrorist activity. People here are extremely keen to disprove this generalised portrayal of their country. Especially as hosting visitors like family is something which is rooted in their culture.

I suppose it would be like the media portraying the KKK as the sole representative for all white Christians on the planet. No one would stand for that kind of absurdity. Yet we still assimilate all kinds of absurd auto-suggested generalisations. Of course there are pockets of dangerous areas, and I’m not saying that this kind of travel is for everyone. What I am saying is that it’s bonkers to write off a whole country because of problem areas. 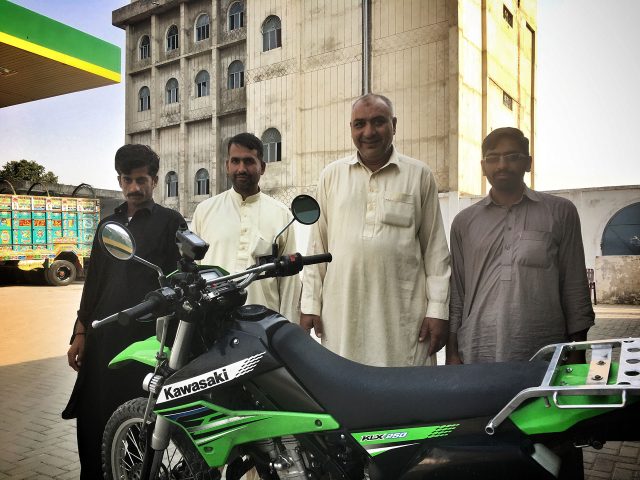 Now knowing that the stares I’m receiving on mass are from people who are shocked to see me. A western tourist wandering around Pakistan independently in 2016. Something which would have been more commonplace 20-30 years ago. So when I meet these stares with a smile, wave, and say hello. People almost catch themselves staring, and respond in kind; smile, wave, ‘hello’. Then bizarrely people keep asking to take a picture with me. Guessing on the conservative side, these photo requests happened more than 20 times. I’m starting to feel like some sort of white rhino here. 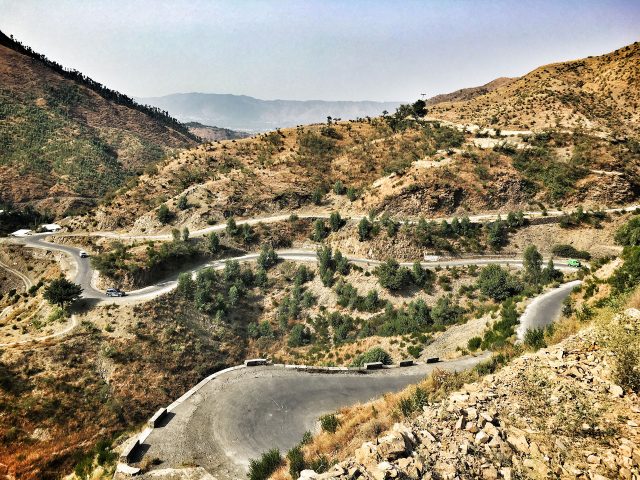 Riding to the Karakoram Highway

The following day I decide to ride the back routes over the Margalla hills to join the Karakoram Highway. It’s one of the highest paved international roads in the world reaching 4693 meters at the Khunjerab Pass. Connecting China’s Xinjiang region with Gilgit–Baltistan region of Pakistan. The KKH runs approximately 1300 km from Kashgar, a city in the Xinjiang region of China, to Abbottabad, of Pakistan. Of course there’s not enough time to ride the whole thing, so I ride to within about 70Km of Gilgit. Then it’s time to turn back toward Islamabad before dark. 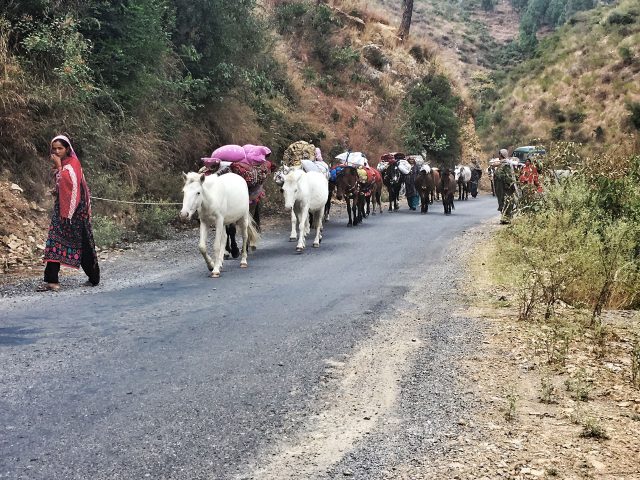 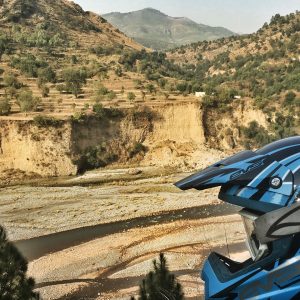 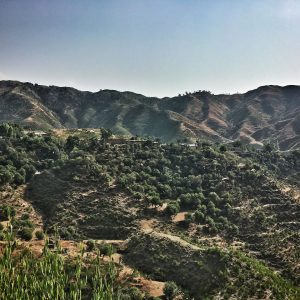 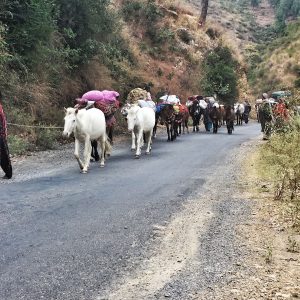 The next day it’s a 5am start to head 350Km to Lahore, where on arrival I have a few things I’d like to see. Badshahi Mosque, Lahore Fort, and the famous ‘beat retreat’ border closing ceremony at the Wagah-Attari Border of Pakistan and India.

2 Responses to "Picking up in Pakistan"