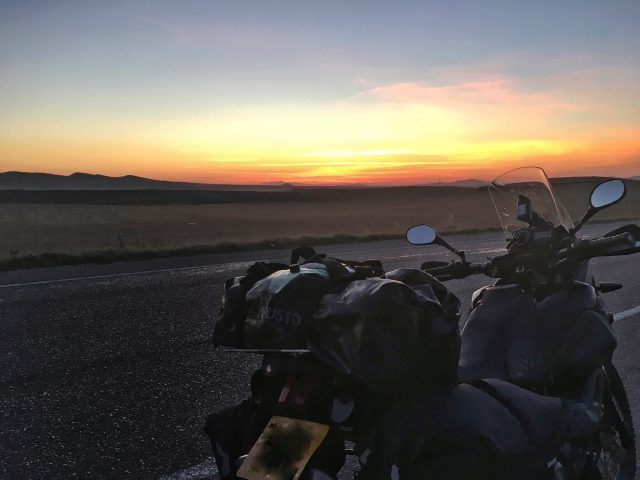 Well this is an interesting one. The Turkish side of the border has been very pleasant throughout, something that remained through the entire of Turkey. Of course nothing is perfect but there have been no ‘show stoppers’, no horrific events, no PKK kidnappings. Instead everyone I have met has been kind, welcoming, and hospitable. The officials at the Iranian border are a different story (well for Brits anyway).

I’m sat in a small office having a very nice friendly conversation about my journey. I did not even realise that I was being questioned. Later on that changed to a more stern position. “Where is your guide? You are not allowed in Iran without a guide.”

So this continues around in circles for about an hour and it’s clear that I’m not getting into Iran with my motorcycle. Not without making more arrangements to get an “official” guide/escort to meet me at the border and accompany me 24/7 until I exit Iran. This regulation is unfortunately in place for British, American, and Canadian citizens. I had organised my visa with a company who booked a 2 day tour guide. Which I was told would comply with these regulations. For ten days prior to my arrival at the Iranian border of Gurbalak/Yola, I had been trying to contact the agent and set the date for my arrival. Needless to say the company have ignored all of my emails and calls. 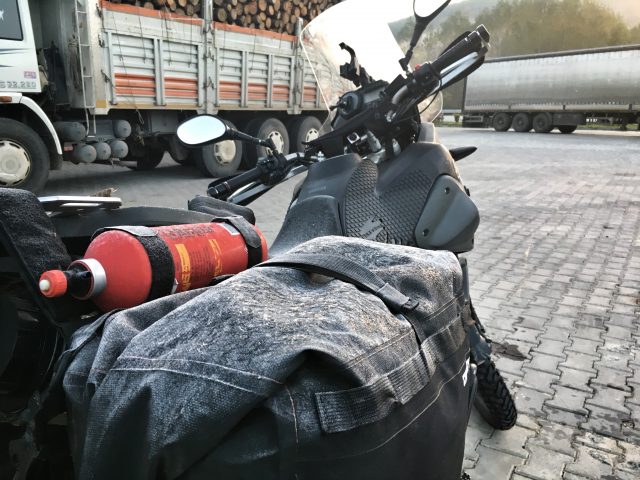 So after a frictious few hours Im turned around back to Turkey and heading to the previous hotel. So that I can start trawling the internet to make arrangements for a guide to meet me at the border. It turns out that travel agents aren’t interested in this type of arrangement, to accompany me with my motorcycle across the entire country in 5 days. There are some other “guides” that are established for this purpose that can be found online. So I make contact with them and afterwards I call the embassies in London (British and Iranian). Who tell me they cannot verify the “official” status of these “guides” and the ministry of foreign affairs in Iran would (who did not answer the phone and whose relevant webpage has been ‘under construction’ for a long time). So with more digging it seems that there are A LOT of under the table, un-official, illegal operations acting as “guides”. Or so I am warned by the guys at the Turkish motor touring organisation. 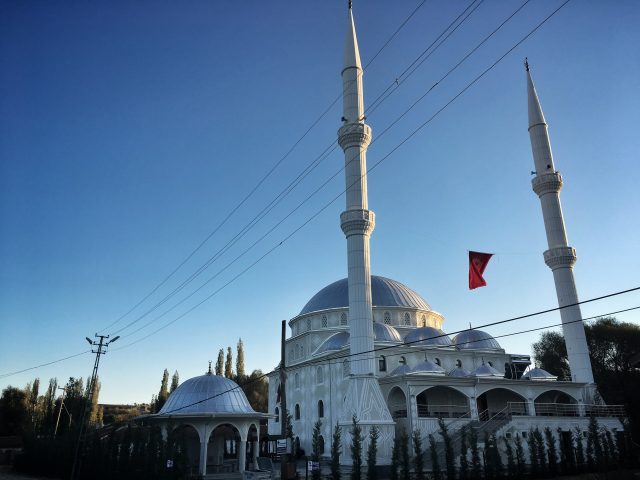 Despite all that information, I am certain that these ‘guides’ can make it all possible and smooth-ish for the journey to proceed. So I enquire further while keeping a distance from actually booking them. The short story is the guides want to make various charges. Some want to charge 250 Euro to the border guards for a police reference number. Some don’t even mention such a thing. They all have different day rates that seem to escalate with hidden costs the further the enquiry goes. So to pin down actual numbers it ends up at 1500 Euro in total for what feels like; bribes to officials, hotel rooms, meals, guides rates and fuel. And yes that is all for the guide, my personal costs would be on top of that. So for me as a Brit at the border it will cost me an extra 1500 to enter and cross Iran. ”Rightyo”! In a country where fuel costs 26 pence a litre and a room costs between 10 and 20 Euro per night. Get lost! I had budgeted 300 – 500 GBP.

There is one more kick to this. Iran has many sanctions imposed on it, so without going into that side of things. What it means to a traveller is: You cannot buy Iran’s currency (Rial) outside of Iran. Your banking, cards, travellers cheques do not work inside Iran. As a tourist you have to bring all the money needed for the journey in cash. USD or Euro cash which can be changed into Rials at currency exchange shops after arriving in Iran.
Right so let’s get this straight then. I’m going to have to source a total of around 2000 – 2500 Euro in cash, while in Turkey. Then ride across the border to Iran. Then meet an un-verified guide sourced via forums and emails online. Followed by paying off border guards, while carrying a wedge of cash that they know about and are prepared for. Then give half of the remaining cash to this unknown guide? Oh and I don’t even have that sum of cash on me so would need to find a way to get it.

Even IF I needed confirmation that this was too dodgy or some sort of con, the next conversation would have given me that.

“Please don’t worry about the police ID number, you will have it for sure” (I wasn’t worried, nor had I even suggested so). “You will have it on Sunday in your hand, they will email it to me” (Nice contradiction). It is worth pointing out that in this arrangement I would have already been in Iran for 2 days!!

So this “scam” like process, or whatever you want to call it could work out just fine. But I don’t have that kind of cash on me anyway, and its way over budget.

More research tells me that since 2014 this rule has been in effect for Brits. It appears to have taken a while to precipitate down to the borders and officials. Because there are lots of reports of Brits travelling independently through Iran overland with their own UK vehicles without a guide, without a problem. BUT they have all been back in 2014 / 2015 or before. Further to that, there are recent accounts (2015) of Brits travelling on foot, public transport, in a German registered vehicle with other nationalities, had Iranian wives, etc etc. Whatever previous stories I find from Brits travelling Iran, none of them have done it travelling without a guide on/in a UK registered vehicle in 2016. In fact plenty of accounts of having been turned away from Iran or going around it.

I am convinced that if I were not on a UK registered bike, with UK plates, and UK papers I could easily find a way to cross and travel independently just fine (maybe the odd question but nothing too difficult to divert). In fact I may get across using another border, maybe from Armenia. But I will for certain be stopped and asked for papers routinely across the country at various check points. Which riding a UK billboard on wheels with my array of UK documents will most likely get me into some trouble. And result in getting stuck for a few days and having to pay someone off with money I don’t have (and it seems that bribes/fees are European in scale).

Right then, it’s time to look at alternatives because I’m not shelling out thousands for the privilege to cross Iran using my own efforts. I could sneak in over the mountain shepherd tracks, then across 3000Km of Iran? Well the sneak in part I can do, but across 3000Km of Iran, on my loud UK billboard? Nope, I am not going to get away with that. Air Freight the bike over Iran to Pakistan and carry on? Maybe!

After a LOT of enquires the best I’m going to get for air freight is 3-7 days “door to door” and will cost £2300. There is a lot of prep and paperwork to do at either end, hence the 3-7 days. Ok so the return air freight from india/sri lanka to UK was quoted at £1900 all-inclusive via an agent. Meaning to fly the bike both ways would now be reaching £4200, which is alot more than the bike is worth. So that’s not happening and neither is sea freight because it would be spring by the time the bike arrives in India or Pakistan.

The next option is to take the northern route through Armenia, Azerbaijan, Across the Caspian sea, Turkmenistan, Uzbekistan, Tajikistan, to Pakistan and carry on. Which is definitely a goer!! However, with the visa paperwork for Iran having taken so long back in June-September. Consequently it means that I would arrive in November in parts of the Karakoram Highway into Pakistan. So that and other Himalayan passes will be snowing at that time of year. So that’s not going to work in this time frame, of which there are only 3 weeks left. So that will have to wait for another time, I will be back that route.

With only a few weeks left, and definitely not willing to just throw money aimlessly at a problem like an lunatic. I decide that the best course of action to continue this journey right now, is to send the bike home. Then I fly over Iran to continue overland from Pakistan and find another bike along the way.

Ta-Da!! Solution. Off to Pakistan, let’s see what happens next.

4 Responses to "The Iranian Job"