I decided that with time constraints, I should try to fit the journey from the European Alps to the Northern tip of Denmark in one go.
Shortly after I left (well 2 corners after I left actually) a quick lesson in suspension settings ensued. A fully loaded XT660Z definitely showed up the soft suspension. Which resulted in some swampy handling on the road. I turned the preload up to 21 on the forks, and wow the difference is superb. Consequently the first thing I’ll be doing when I get back is swapping out the fork springs with some stronger upgrades.

Now it’s on to getting 30 hours of riding done, which was quite tiring. I stopped twice for a 2 hour sleep, and the occasional 20 minute power nap (google polyphasic sleeping patterns haha). This journey was made a bit more tiring by using the German Autobahn:

Dear Germany,
Your famous Autobahns were not the “precision” system that I was led to believe, or expect from your preceding reputation. I know it’s foolish to believe such things, so my fault I suppose. It’s a busy road system, and vehicles are travelling from 50mph to 150mph on the same road. Yet the majority of drivers on that Autobahn of yours drive like drunk teenagers who’ve just been handed the keys to their parents BMW for the first time, yet also possess the space awareness of blind goldfish!
Sure, lets hammer along at 150mph and tailgate the other guy doing 120mph till he moves half a lane over and just boot it past, oh yeah who cares about cross winds. What could possibly go wrong?
(Now “Avatar”, mate, I know you’re thinking “There’s nothing wrong with that at all”).

Anyway, at least it’s all easy enough to read what’s going on. And everyone is going in the right direction after all. So I can’t really complain too much. It was just very funny to see the contrast of everyone’s behaviour when a speed limit gets imposed at road works. It’s 100% German obedience to the rules, not 1km per hour over the limit. Driving in clean and tidy lanes, no one cutting anyone up. No one overtaking in half lanes, no one undertaking, complete obedience to every rule. Then just the speed limit disappears, but apparently so do all the other rules, everyone goes mental! It’s similar in a way to British drinking mentality I suppose. 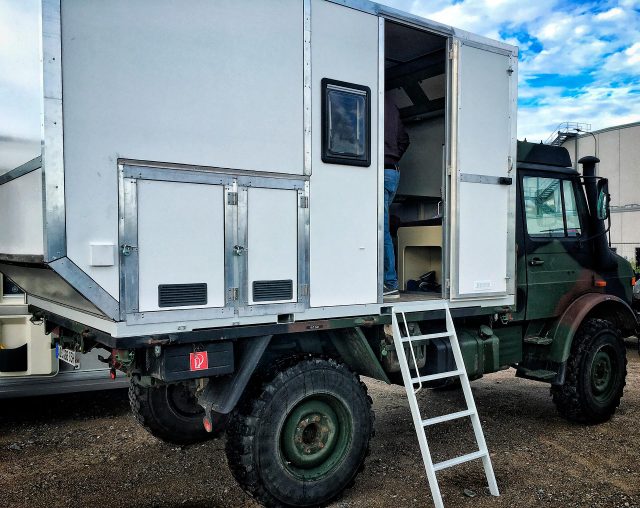 The moment I started to get nearer to Hirtshals, the Danish port of departure to sail to Iceland. There appeared more and more expedition vehicles on the road. Modified Unimogs, customised military vehicles turned into camper wagons. Also specialised 4×4’s, and arctic expedition vehicles. What a sight it was to see all these huge specialised off road conquering trucks on the road. The likes of which I’ve only ever seen at an exhibition, or on a screen. Of course, there were plenty of Touratech’d BMW bikes on the road too. Because apparently there’s nothing else to ride! I really do like the BMW F800 GS though, what a lovely bike that is to ride, definitely on my favourites list.

Arriving in Hirtshals in the most Northern part of Denmark was a welcome rest, I was looking forward to getting on the ferry to just sleep and eat for 2 days (oh and get this blog/site/thing ready to put online). 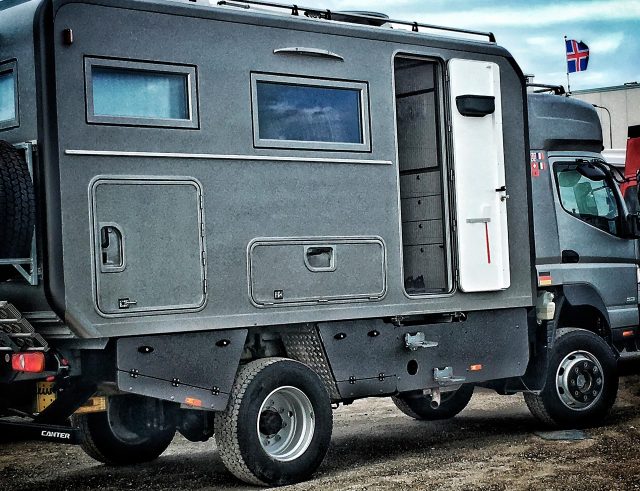