Þingvellir (Thingvellir) – literally means “Parliament Plains”. The Alþing general assembly was established around 930 and continued to convene there until 1798. Major events in the history of Iceland have taken place at Þingvellir. And therefore the place is held in high esteem. The Silfra fissure in Þingvellir national park and is a crack between the North American and Eurasian tectonic plates. Meaning that you dive between the continental plates which drift apart about 2cm per year. The underwater visibility in the Silfra fissure is over 100 meters, which creates a unique underwater experience.

The reasons for this outstanding water clarity are; the water is cold (2°C – 4°C year round ) because it is glacial water from the Langjökull glacier. The water is filtered through porous underground lava for 30-100 years. It’s said that, on its way, it passes through the earth’s mantle at a depth of eight kilometres. After all this the water reaches the north end of Þingvellir lake, seeping out from underground wells.

The water during the dive was a balmy 3 degrees, and did not disappoint. Without question the clearest water I have ever been in, the visibility was MORE than 100m. In fact the clarity of the water was mind blowing and a constant amazement through all the dives. Any of you divers that have seen images of diving silfra, they’re a good representation and barely need any treatment to look the way they do. 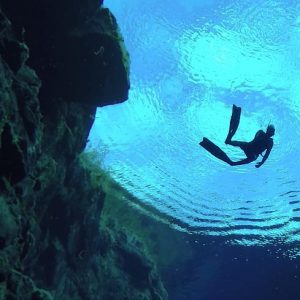 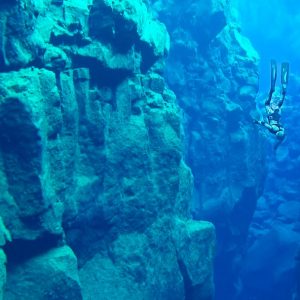 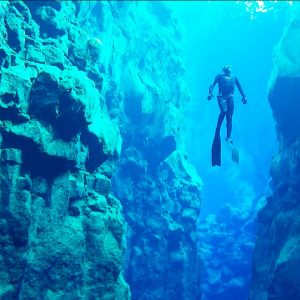 A few minutes after entering the water you stop noticing the cold 3 degree water. However when you exit the water your numb lips feel like they’re on fire when the air gets back to work. But the cold is well worth the quality of diving. By the time the diving is done, the cold does get to you a little, by way of noticing that hunger is setting in a big way.

After some food it was time to get on with some riding and get back out into the wild. Actually this would be the first solo route of the trip and on route F337 it would be some decent riding too. A minor navigational error on part of having too much fun took me on a ten minute detour. Which went through some loose black sand fields, the only unfortunate part was having to stop and turn around (anyone who’s done this with a heavy bike in loose sand will know). For some reason, the thought of riding solo in the middle of nowhere kept adding a little spice to each interesting moment throughout the ride. But that’s just the nonsense part of your brain that try’s to distract you.

There is comfort in the fact that you have all the tools, and spares to sort out any problem that may arise. So don’t let the crazy part of your brain distract you from being focused on riding properly. All the same, the ride went well, once again with great terrain and epic scenery. It seems that you don’t have to venture for long from the beaten path in Iceland to start discovering incredible sights, and a plethora of riding terrain. Rivers, sand, rocks, climbs, dirt, dust, basically everything you could throw into the mix becomes the norm. 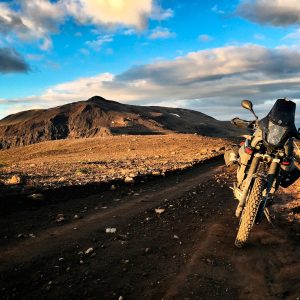 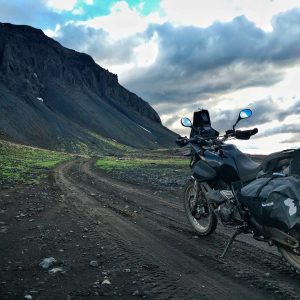 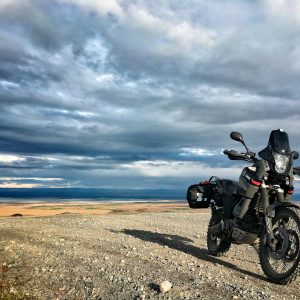 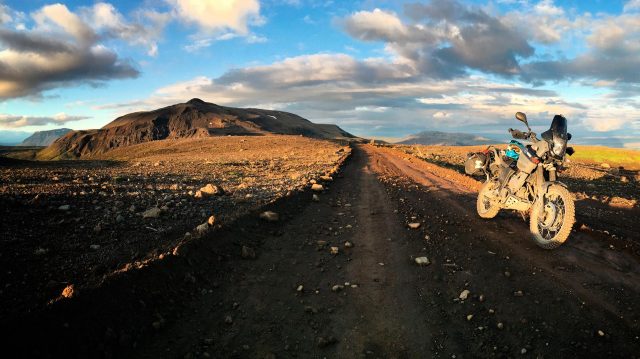