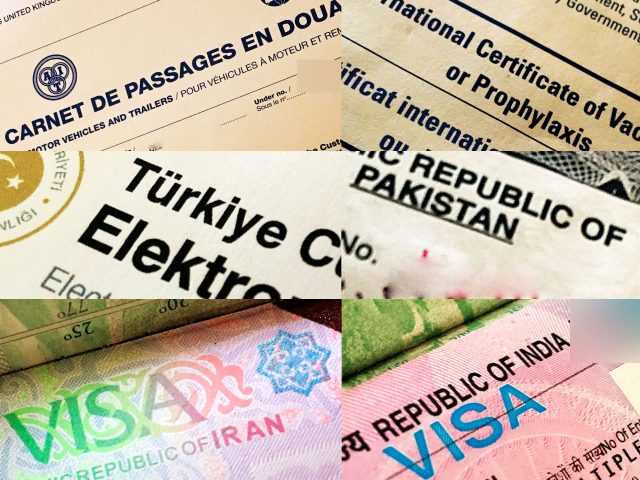 Sorry it’s been a while since the last post. This one is a bit more on the words, rather than the pictures. Mainly because I’ve not taken many recently. So this is what’s been happening.

With all the paperwork finally in place. Visas for Iran, Pakistan, India, and a Carnet for my bike covering all the countries I intend to ride through. The dreaded carnet was as tricky as the Iranian visa to get hold of.

In most cases the various steps in applying for visas involved 4-6 weeks of forms and waiting. And around 2 weeks where the embassy issuing the visa keeps your passport. Following that, no matter how long the visa grants, if it is not used within 3 months, it expires too. So I couldn’t just apply six months ahead because the visas would expire before the trip even begins. And I needed my passport for the Iceland stage. The carnet was the most expensive thing to acquire, and non refundable. If I were to take the refundable option it’s 5 grand! and might not get it all back anyway. So I took the non refundable option which is an insurance indemnity and was a normal price. I left the carnet until last because there is no use in having a carnet if the visas were declined.

Time To Set Off

While getting ready to set off my state of mind is swinging from one thing to another. One moment it’s excitement, the next it’s dread, then it’s fear, and around the loop it goes. All based on what? Things that I do not know. Deciding on something based on the unknown, or a story, hear-say, rumor, nonsense! It’s really not a useful human process to be conditioned too heavily with. So once again, shut up brain, off we go.

Keeping Sane on the Motorways

Like all bikers I really don’t enjoy motorway riding and it’s necessary if you want to “tab” through a lot of miles quickly. Which I did through France and Northern Italy, because I can ride those places any time. So I thought, lets crack on to the far flung places.
I’ve just discovered the massive array of podcasts available on Spotify. Anyone remember the “Adam and Joe show”? Well Adam buxton’s podcasts have been keeping me sane on the motorways of france, Italy, and Greece. And with a set of noise cancelling earphones in, it’s like having actual company on the bike. Anyway, hopefully that’s the last of motorway riding for now.

Going against my own rules

So if I’m going to neglect food or sleep nowadays it’s generally only one of those things. So I increase the other to compensate. Then my morale stays level(ish). So on these kinds of endeavours I try not to neglect food or sleep for too long. However since leaving France I seem to have neglected both again and had a massive slump in morale.
Chewing through miles, and shouting Italians to deal with on the ferry crossing from Ancona meant only a few hours sleep. Why do so many Italians shout all the time, I don’t understand it. Anyway I seemed to jump straight back on to a mile munching day through Greece with not enough sleep and not paying enough attention to food.
Time to slow the @!*% down and pay more attention to the essentials. 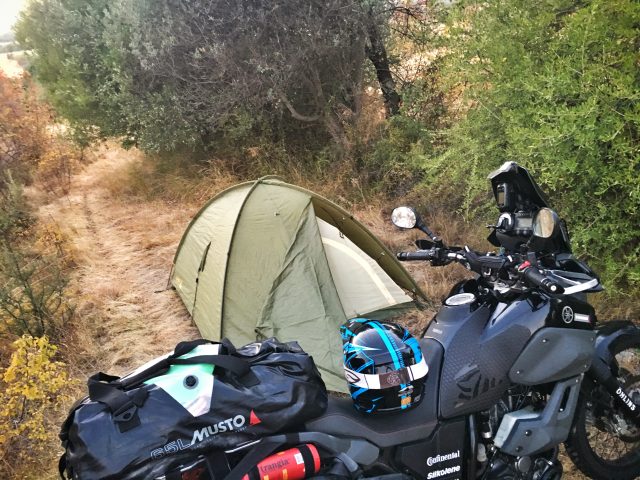 I found a nice spot to camp before it got dark. Prepared some chicken fillets with some ginger and paprika. Ate 4 of them like I’d not seen food for a week. Then fell asleep for a good 10 hours.
Once I woke up, I ate a huge bowl of porridge, a few kiwis, and a coffee.
With my spirits lifted and kit packed up, I set off for Turkey. Well after a quick stop for fuel at a village. Where a quick chat with the folks there resulted in them thinking I was mental so they gave me bottles of water. Nice people.

It’s odd how we adjust to certain things without really noticing. Adjusting to being in a rush and doing things in a certain way only fits certain situations. So adjusting to stop myself from trying to rush is bizarrely requiring a lot of effort.

As soon as I arrived at the Greece/Turkey border, two Turkish riders came and said hello. Then invited me along for an iced coffee before moving on to the Turkish side of the border. I am still getting used to the iced coffee idea as I am so used to drinking hot coffee in the morning. It’s so hot here that it’s a far better way of drinking the day’s intake of coffee. Anyway the two lads refused to let me pay for my coffee, then after we’d all finished our wifi round-up on the phones. They proceeded to help me with border procedure and rode with me for a while. A pair of top quality blokes! Hope to ride with you guys again some time.

One of the lads was riding a scooter (I think it was an Xmax, im sorry if i’ve gotten that wrong). Which he had ridden from turkey, around Romania and back again. The other lad was riding a new Honda Africa Twin, which now has me lusting after one. Honda have brought back the Africa Twin to modern standards. I must learn some more about that machine. 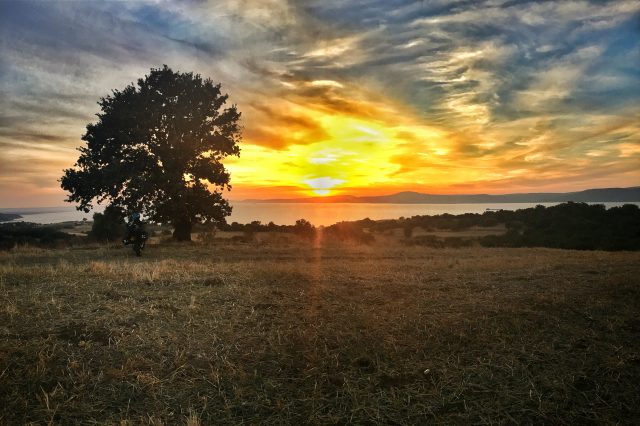 As much as the camping side of the journey brings flexibility. Being able to stop and make a comfortable bed/wash/food for the night almost anywhere that’s sparsely populated (providing you have an eye for picking a good spot). It has its own costs too. I mean that wild camping along this part of the journey has been very isolating and lonely to a demoralising degree. When there’s company to camp with it is very different. But on my own I tend to push on longer than I should, I feel more insecure than I should, I neglect food and sleep more than I should. And then there’s the fact that I’m alone. I mean it’s a recipe for feeling shit. 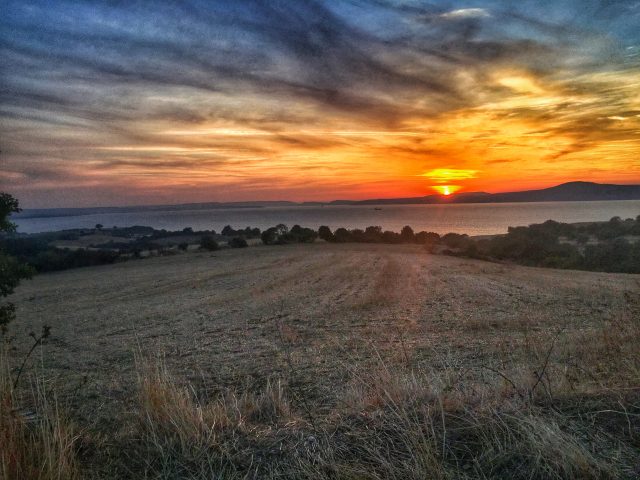 Now by contrast camping through Iceland was amazing, and definitely the way to travel there. There are so many incredible campsites in so many great locations. Mountain huts, hot springs, etc. The camping there also has a social side to it so even travelling solo you’re are not alone.

So now that I’m getting through Turkey towards Iran, camping becomes less appropriate. Which I am pleased about, simply because a real shower, a real toilet, a real bed, and other human beings to interact with. Are such a huge booster to my state of mind. And there are some fantastic people to meet.